But first, some context.

Like most industries, the tattoo industry has been overwhelmingly male. The earliest known tattoo dates back to Otzi the Iceman, who lived around 3300 B.C.

Fast-forward a few thousand years, and most Western women (outside of the circus) didn’t get tattooing done until the 1920s, for permanent makeup. Even then, it was not the information they volunteered.

Today, the customer base has changed from sailors and bad boys to...just about anyone (it’s not entirely uncommon to have a grandma request some fresh ink). But what hasn't changed are the tattooers themselves; in many regions, artists are mostly male (though the gap is shrinking in the U.S.).

That may not be the case for long, though, thanks to the growing number of women persevering against a long history of sexism in the industry.

Milena--a talented children’s book illustrator turned professional tattoo artist--is one of those women. (She also creates the amazing art you see on this site, as well as SupportBee’s blog!)

Born and raised in Poland at the tail end of communism, Milena loved the fanciful art and imaginative storylines in children’s books, and after graduating from art school, brought her own distinct style to the market as a professional illustrator.

But even illustrators come to a point in their careers where they seek something different--something that brings a challenge. Which is why, after ten years, she took it seriously when a friend suggested tattooing.

“Five years ago I thought maybe this is something I could do when my friend first brought it up,” Milena said. “But I didn’t think my illustrative style would be popular in the tattoo world.”

After doing some research, Milena found that, actually, many illustrators before her had moved into the tattoo industry. But for someone who grew up in post-communist Poland where the national tattoo scene was only 30 years old, the association with tattoos was limited to a very particular demographic.

“When I thought of tattoos, I thought of either metal music fans or some other group I didn’t have a lot in common with,” Milena said. “But I ended up seeing it as this new world of art that I wanted to explore.”

At the time, Milena was living and working in Barcelona as a freelance illustrator. Once she decided to take the leap, her research told her that another challenge lay ahead: breaking into a professional arena that isn’t necessarily known for welcoming women.

Newly self-educated on how tattoo studios work, emerging trends, and apprenticeship requirements, she returned to Warsaw.

“In Germany and Scandinavia, there are a lot of female tattoo artists. But in Spain, it is completely male,” Milena said. “So I decided to try my luck in Poland.”

There, she walked into a tattoo shop, showed the owner her illustrator’s portfolio, and asked to learn. He said yes.

She was the only woman in a studio of seven men. When they asked her to commit to more than two years at the shop, she declined--and they let her go.

In the months it took to find another studio, she practiced drawing and tattooing on a synthetic skin-like material at home, leading her to eventually land an apprenticeship at an all-female studio in Warsaw before returning to Spain.

The Pain in Spain

Spain was a different world, something Milena attributes to a long-rooted culture of machismo. It was harder to find a mentor, and extremely challenging to find a female-friendly environment.

“It happens often that a female tattoo artist--or even female customers--endure some questionable behavior, in terms of crossing boundaries,” she said. “I’m not talking about sexual assault, but about that experience almost universally known by women--the crossing of boundaries. Of a man being in your space, and knowing it. And still doing it.”

It is so common for male tattoo artists to be “touchy” that it is begrudgingly accepted.

“I heard of a woman who wanted to get a tattoo on her forearm, and the artist asked her to disrobe completely,” Milena details. “Female tattoo artists are often asked to ‘go out’ with the studio owner in order to get an apprenticeship.”

This behavior stems from the fact that women haven’t been as present in the tattoo industry as men--until recently--and it’s challenging men’s relationships and mindsets about women.

“There was never much space or freedom for women to be feminine [in the tattoo settings]. There was always a lot of pressure to act like men,” said Milena, adding that female tattoo artists in Spain often feel obligated to “act and dress like men” to make themselves less attractive.

The way male tattoo artists in Spain view women, according to Milena’s experience, “Doesn’t leave much space for different types of femininity—just one type of woman who they overly sexualize,” she said, adding that this plays out the same way in many other industries.

“If you want to be treated seriously as a woman, you have to act like a man,” she said--bringing to mind the exaggerated shoulder pads of the 1980s. “Luckily, this has been changing.”

First, tattoos are more socially acceptable than they ever were, which is driving up demand. Not only for tattoos in general, but for designs with unique styles. More women in the space means a wider variety of styles.

Second, as more women jump on the tattoo wagon, more of them are seeking out  “feminine” designs by other women. This demand is helping women increasingly find success as tattoo artists. Often these women are coming from highly varied backgrounds, each one establishing their own niche and fanbase.

“I’ve met female tattoo artists that were architects, animators, and sculptors,” Milena said. “Women of different ages, mothers, single women, queer women... there are pretty much no limitations anymore as long as you can hold a tattoo machine in your hand!”

Remembering the positive experience she had working at an all-female studio in Warsaw, Milena found a home in Barcelona’s only all-female tattoo parlor, Desideratum Tattoo. (She had originally intended to return to Warsaw, but stayed after the pandemic kept everyone where they were.)

“The purpose of these places, at least in Barcelona, is to create feminist-oriented spaces,” Milena said. “I think the arena has been polarized [in Spain] because men have dominated the industry, and established machismo as the norm.”

An all-female shop offers a designated place where women can feel safer, but also find styles they may feel more aligned with--which these days is composed of fine line and delicate florals. (This female author has walked into many tattoo shops and leafed through pages of giant flaming skulls and machine guns, to her chagrin.)

“In Barcelona, the all-female studio is a statement,” Milena said. “Of course men are allowed as customers. But what is not allowed is the kind of behavior one would find in a typical tattoo parlor in Spain."

One of the biggest differences Milena has noticed since joining her women-only team? The amazing level of shared support.

“In my experience, when women work in a team they are more supportive of each other; they give each other professional advice,” Milena said. “With men it’s more about competition, and less about team work. I can see that as a tattoo artist as well. As an apprentice I would watch my male counterparts openly compete with and discourage each other.”

Milena said that in the all-male studio she’d hear snarky comments about her “cute and girly designs” that weren’t “manly enough” for them. In contrast, the women-owned studios put effort into developing talent and building camaraderie, adding. “We have Saturday evening dinners, and a Whatsapp group where we chat about everyday life.”

Milena feels that this inherent difference is a result of the fact that women have always had it harder--which is why she encourages other women not to fear breaking barriers and to establish their own following.

“Keep looking for a shop where you’re being treated fair and right,” she advises. “Tattoos have become popular and accessible enough these days that there’s no reason to tolerate nasty behavior.”

Milena adds another plus: as an artist, there is no higher compliment than someone willing to get a design of your creation under their skin for the rest of their lives.

“It’s very exciting,” she smiled. “I never saw it coming.” 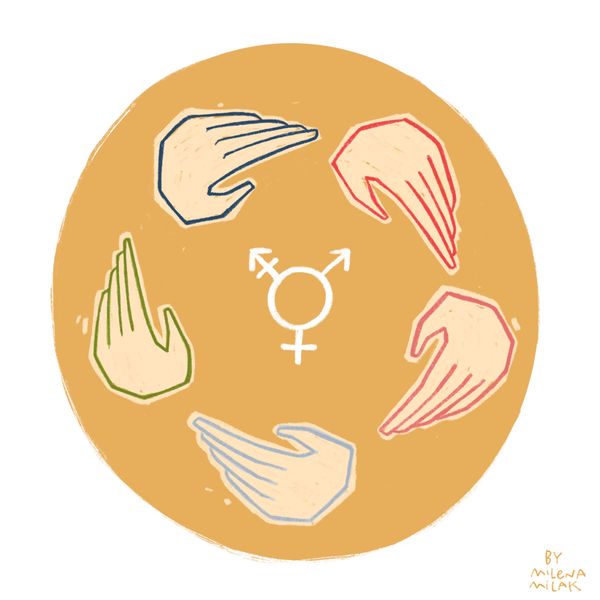 Zach Wilcha, Executive Director of TransWork IBA, explains why transgender and non-binary people are finding opportunities in the entrepreneurial space--and how their organization is poised to drive workplace equality forward. 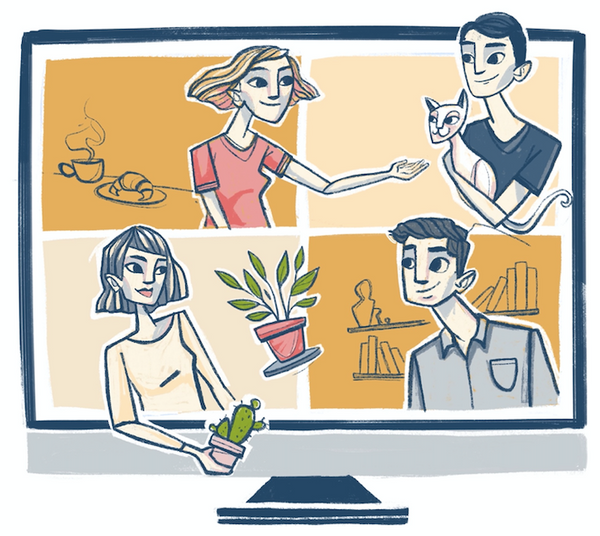 What happens to co-worker friendships when they go from the office to the Zoom screen, particularly out of circumstance? And what role does established rapport play in the shift to teleworking? Adjacent data can tell us what virtual relationships need to thrive.