Einstein famously said that invention is 1% talent and 99% hard work--and he held to that. He worked ten hours a day, six days a week, sustained by the excitement of finding creative solutions to pressing problems. He often spent long stretches of time away from family and friends to dive into his theories. While Einstein refined his theories all the way to the end of his life, his demeanor changed in his final years--for one, he often faked illness to avoid taking photographs with others. His last words were, "I want to go when I want. It is tasteless to prolong life artificially. I have done my share, it is time to go. I will do it elegantly."

I’m sure plenty of startup founders can identify with this (and I don’t mean the genius part). In many ways, Einstein’s journey--from a bottomless pit of thrill to a much more tempered demeanor--reflects what so many entrepreneurs go through during the first few years of business. We work constantly, sustained by the adrenaline rush of running a new company, only to crash and burn after things finally start running smoothly.

Founders do leave. Entrepreneur Tom Wilson classifies “leavers” into two types: good and bad. A “good leaver” is a founder who takes a break or departs for hard-to-argue-with reasons, like illness or a death in the family. But the image is that the more dedicated founders have a harder time seeing any reason as a good one. Most startup founders won’t even take a vacation. Ironically, that can seriously impact their business’ bottom line.

The ups and downs of starting a business

I experienced this internal struggle years after co-founding SupportBee, a customer support ticketing system. That rush of adrenaline slowed to a drip, and the original deluge of creativity became refocused on things like Excel sheets and a carousel of pain point management.

Starting a business is a lot like the Reese Witherspoon movie, “Strayed.” A woman named Cheryl hikes the Pacific Crest Trail without any understanding of what it entails or what the challenges will be. But she got the idea in her head to do it, which drove her to action, which forced her to learn what she didn’t know. Somehow, she comes out on the other side with something new, and the journey itself is rewarding.

As entrepreneurs, we start businesses with big aspirations--the potential for big money, early retirement, or the allure of recognition. The feeling of leaving your stable full-time job to be promoted to boss (and either win or lose it all) lights a fire under us, and a good idea becomes a fast-paced startup.

Operating like this eventually leads to a state of having to constantly meet expectations from customers and co-workers (which, funny enough, may have been one of the reasons for leaving that full-time job). The glamour wears off, and every goal is a moving target to which you will never arrive. Everything feels mechanical, and you question why you’re still doing this. You eternally compare yourself to competitors. Then comes the guilt; you should feel lucky to have your own successful business. In a full-time job, you’d never have the cohesive team you have now, in a workplace where everybody really does have skin in the game.

When I co-founded SupportBee, I was young; I trusted my abilities and had an appetite for risk. I wanted to make a difference, but I didn’t know what that impact was going to be. When we’re younger we are quicker to say, “We can make this better!” With maturation, ideas turn into steep technology goals that take longer to build. I couldn’t act on notions anymore; actions had to be tied to ROI and fit into a long-term vision of the product.

Like Cheryl, I didn’t start out with that wisdom. In some ways, I think business owners tend to experience an identity crisis that creates a need for reflection and an eventual realization--realization about one’s own relationship with work and creativity. I started to think about that subject startup founders don’t often give headspace to: leaving.

Should I take a break from running my small business?

So one day, I decided to take a break. I left for three years.

There wasn't any “aha!” moment that pushed me to leave, but an eventual realization that something had to give. My co-founder and I are very close but could have ideas that clashed, and at times it felt like we were two ants pulling a leaf in opposite directions in the dirt. It felt like there was a lot of effort and no progress. I thought, maybe if I went away there would be more progress.

I think many co-founders find themselves in a place where it becomes harder to compromise when deciding on the direction for a product, and figuring out how to make it happen (actually, over 50% of co-founder relationships end in failure). That’s because the original concept that led founders to start a company later becomes a “real thing,” and so it became more difficult to make those decisions.

While I was away, I gave birth to my first child. I was able to reflect on all that had happened since our founding year. Initially, we had wanted to grow SupportBee into something huge, and that was the fuel for our fight. Once the tank was empty, I gave real thought to all of my other options. Just doing that helped me feel less boxed in.

What I learned from leaving my company--and coming back

I remember reading a line from a business book that said something like, “You don’t choose the destination, but you choose the team with which you travel.”

That sums up why I came back. For one, I came back for my team. I’ve spoken with many small business founders who said they could never reveal feelings of stagnancy or doubt to their teams. They don’t want to de-motivate others, or spark work about job losses if they were to say, “I don’t know where this is going.” I acknowledged that even when I was having doubts about the direction of my company, I could always say that to my small team. If I said, “I didn’t think it was going to work out, we should pivot to something else,” I could do so without feeling disloyal or being a source of disappointment. I came back as a working mother, and my co-founder was supportive and trusted me to do the best I could, which I did.

I came back for the ownership of my work. When I worked for other people, I felt dispensable and knew that someone else was ultimately calling the shots. I also knew that my loyalty to any job was dependent on things like compensation. I knew that I would not find anywhere else the culture we had created at SupportBee. Our business is a flat team, with each person acting as the boss for their own vertical. We don’t have to look like we’re contributing, faking busy at our desks. I did the work because it was mine to create and it was truly mine to celebrate.

I came back because that three-year break helped me change my expectations without feeling like I was compromising. In a way, the interactions that had driven me away had called me back. I was just looking at them from the other side. (Plus, I was very ready to have conversations with someone other than a toddler. I was even excited to have those cranky customer support conversations!)

I think of that saying, “Free a bird, and if it comes back to you, it is yours.” Should small business owners take a break from their companies? Yes, if it feels like the only chance to rekindle the romance you first had with your business.

Today, SupportBee is growing and has matured into a great platform with a loyal customer base. I can’t say for sure that would have happened if I stayed.

I actually enjoy, now, the things that used to torment me. I put something out there and get a ton of customer feedback that will result in doubt and reworking (and more reworking). That didn’t change once I came back, but what did change was coming to the understanding that a business is a continuous process. I learned that what I think is a creative solution to a problem is not necessarily perceived that way by the user--and so Einstein comes back to sit with me and I do my 99% work on more iterations than I can count.

Most of us entrepreneurs found our businesses because there is a problem we want to solve, and we can’t put our work down until we get there. But I learned--only by putting it all down--that the work is never going to be done. And I’m more ready than I’ve ever been to do it. 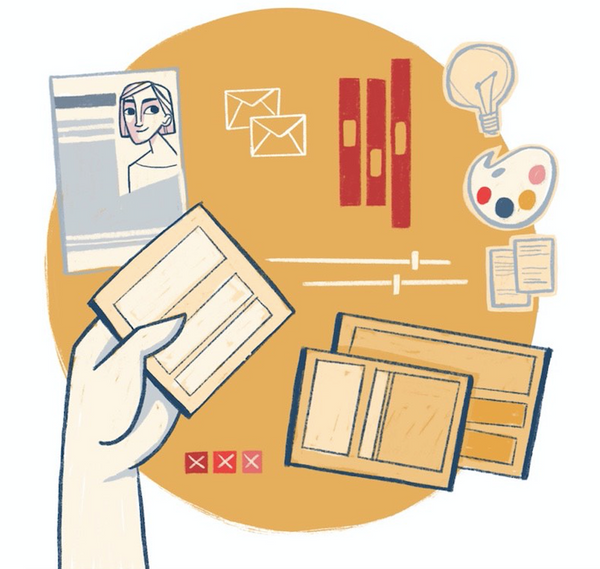 How to get the most out of customer persona and journey efforts, from a product designer. 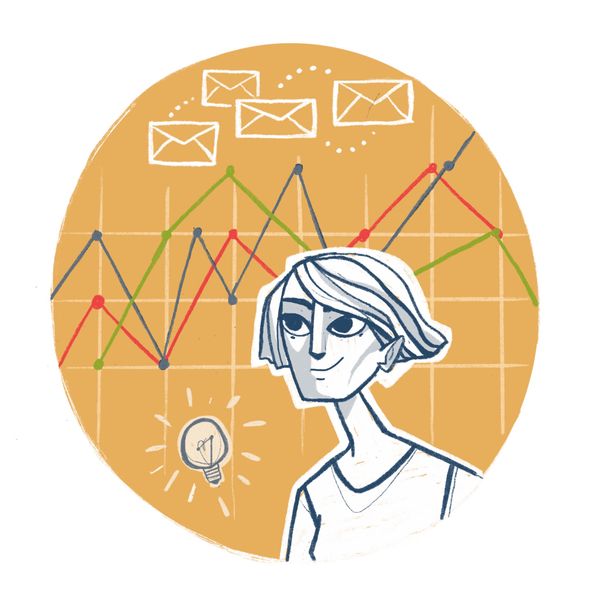 Launching a small technology business can be done cheaply--but growing it will cost you. In this post, SMB tech entrepreneur Hana Mohan outlines 5 unanticipated budget burdens.